Brexit and Backing for Agriculture

Expert testimonies about the impact of Brexit on agriculture will be submitted to the Government by the Yorkshire Agricultural Society.

As Prime Minister Theresa May is set to trigger Article 50, charity YAS will submit four summary reports that identify key concerns of the farming industry and highlight policies which will need to be reformed.

The triggering of Article 50 will be no later than the end of March 2017 which means Britain should officially leave the EU no later than April 2019.

YAS created the Brexit Working Party of the Farmer-Scientist Network to look at the effect of Brexit on agriculture.

It has produced a series of papers to update and inform the farming community as the Government moves towards developing new polices in preparation to exit from the EU.

Professor Wyn Grant, University of Warwick, Common Agricultural Policy Expert and lead of the Brexit Working Party said: “New agricultural policies will require careful consideration, need to rely on sound scientific evidence and be led by the industry itself.

“Our findings were that basic payment subsidies are unlikely to survive Brexit, but there needs to be a transitional period to allow the industry to adjust. Seasonal migrant labour is of vital importance to some sectors of agriculture and a new scheme is needed to facilitate the use of temporary workers from both inside and outside the EU. Agri-food trade policy is very much a work in progress and at least four alternative models are available. If policy variation in the devolved territories increases after Brexit, there is the potential for the emergence of ‘un-level playing fields and variations in the treatment of farmers across the UK.”

Key members of the Brexit Working Party and contributors to the latest round of papers include; Prof Michael Cardwell, University of Leeds, Professor Fiona Smith, University of Warwick, and Dr Alan Greer, University of the West of England. Advice and expertise was also offered by Professor Chris Rodgers, Newcastle Law School.

Charles Mills Show Director of Great Yorkshire Show said: “We wanted to create a working group to inform our members of what Brexit will mean to them. We’re grateful to our panel of voluntary experts who have compiled these reports as we want to do all we can to try and positively influence the future of farming in the UK while supporting the farming community here in Yorkshire.” 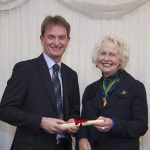 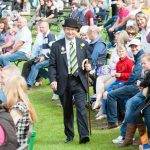