Thousands of visitors flocked to the second day of the Great Yorkshire Show which saw a visit from a Cabinet Minister and young competitors take centre stage.

More than 20,000 cars filled the car parks across the showground – a record for the second day of the show.

Secretary of State for Environment, Food and Rural Affairs Michael Gove MP visited in the morning and took a tour of the show.

Meanwhile young handlers showed off their skills in the sheep, cattle and pig rings on a day which decided some prestigious titles and qualifiers.

The British Pig Association Pig of the Year Qualifier was one of the first to be judged with top honours going to a Welsh gilt, Barlings Lucky Girl, entered by Sarah Ashcroft, of Lincoln.

The Supreme Champion sheep was also crowned this morning with Messrs K and R Buckle of Kirkby Stephen taking the top title with a Beltex ewe. Reserve went to a North Country Cheviot gimmer owned by Miss CL Guy of Richmond.

In the cattle rings the Supreme Dairy Champion was awarded to Yorkshire’s Rob Butterfield with his own Holstein, Newbirks Jazz. Reserve went to another Yorkshire competitor, IRG Collins and Partners of Dewsbury with Churchroyd Bronte Wildeyes.

The main ring played host to one of the most popular sections of the show – the Grand Cattle Parade. The best pairs of cattle from across the 200 beef and dairy cattle classes were then judged for the Blythewood Pairs Awards.

Rob Butterfield of High Bentham repeated his triumph as Supreme Dairy Champion when his Newbirks Jazz and Ingelview Goldensun took the dairy title in the Blythewood Pairs. Rob said it was great to win the title for the second year running. Newbirks Jazz was part of last year’s winning pair.

Also in the main ring was the hugely popular Atkinson Action Horses which provide TV stunt horses for Poldark, Victoria and Peaky Blinders.

It was judging day for the 850 entries to the cheese and dairy show. Class categories include milk, butter, hard and soft cheese and ice cream.

The team of 40 judges were tasked with finding not only the best in each class but deciding who would take the Supreme Champion Cheese and Dairy Product awards. It was Arla Food’s Taw Valley Mature Cheddar which was named best Cheese, and Brymor’s strawberry ice cream took the top dairy award.

This year saw the boundary lines for entries to the Tye Trophy extended to allow more farms to take part.

Joining a prestigious list of winners is Giles Mounsey-Heysham of Castletown Estate Office, Rockliffe, Cumbria, who was presented with his award on the President’s Lawn.

Woodland conservation and the innovative ways recipients get Yorkshire woods and forests into active sustainable management is recognised by the John Boddy Woodlands In to Management Enterprise Award. This year’s winner was Jason Richardson from the Hornby Estate.

Sustainability of a different kind was rewarded as the winners of the Children’s Vegetable Box Competition were announced. Pupils from North Rigton Church of England Primary School took the top award, with a box packed full of fresh produce.

And recycling also won the day for a school whose imaginative use of recycled materials gave them a new bench for their playground. Entrants to the competition created models from recycled materials on the theme The Food we love from the Farm. Pupils from Headfield Primary School at Dewsbury picked up their plaque for the bench today from YAS Chief Executive Nigel Pulling – youngsters from the second winning school, Hambleton Church of England Primary School at Hambleton, Selby, picked up their plaque yesterday.

A group of 11 men with 437 years of service between them were honoured for their commitment to the agricultural industry when they were presented with Long Service Awards, and five students beginning their careers in agriculture from colleges and universities across the region were handed awards after being recognised as the region’s finest.

Showing their support for the county’s regiment, the Yorkshire Agricultural Society’s Cup for Best Soldier in the Yorkshire Regiment went to Pte Jack Harris.

Show Director Charles Mills said it had been a brilliant opportunity for visitors to see the best of the best with fantastic livestock from all around the country.

“The parade of cattle is always a highlight of the show and today’s was no exception,” he said. “We’ve had a terrific second day of the show and we look forward to the finale tomorrow.” 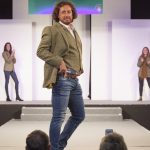 An Action Packed First Day at the Great Yorkshire Show2017 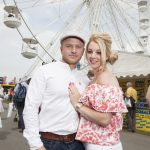