A magnificent galvanised steel sculpture of the Craven Heifer spent today [Saturday 2nd June] at Wold Top Brewery in Driffield as part of its region-wide tour to celebrate the 160th Great Yorkshire Show this summer.

Weighing more than half a tonne and standing at 6ft tall, the GYSheifer towered over visitors at the brewery’s annual open weekend which raises money for National Garden Scheme charities. The brewery, which celebrates its 15th anniversary this year, also gave members of the public the chance to try a specially brewed 160th Great Yorkshire Show beer which was on sale for the weekend.

Members of the public were encouraged to post their selfies with #GYSheifer on Twitter. The best picture from each location on the tour will win a family ticket (2 adults & 3 children) worth £75 on the door, £65 in advance.

Show organisers the Yorkshire Agricultural Society commissioned renowned Whitby-based sculptor Emma Stothard to recreate the Craven Heifer who became a national phenomenon in the 1800s. People would pay to see the heifer who was put on show on her way to Smithfield Market, London, and remains the largest heifer ever shown in England and lived in the same era as the first show.

The GYSheifer has been popping up at locations across Yorkshire to promote England’s biggest and best agricultural show before taking up position at the Great Yorkshire Showground ready for the event. Tickets are now on sale for the show which takes place from Tuesday 10 to Thursday 12 July.

Charles Mills, Show Director, said: “It was fantastic to bring the GYSheifer to Wold Top for their open weekend which raises much needed funds for a worthy local cause. The Yorkshire Agricultural Society supported the brewery with a grant when it opened – and it’s great to see the business thriving today. I know its ales are extremely popular with customers in Fodder – our award-winning food hall and café based at our showground in Harrogate, and I’m sure hundreds of visitors will indulge in a pint or two when the show opens in July!”

Kate Balchin from Wold Top Brewery said: “We loved welcoming the GYSheifer to the Yorkshire Wolds. The sculpture was a fantastic added attraction on the first day of our annual brewery and open gardens fundraising weekend. It’s quite apt that we should host the GYSheifer in celebration of the 160th Great Yorkshire Show as 2018 marks the brewery’s 15th anniversary, Muddy Souls Events’ fifth anniversary and the 24th year that we have opened Hunmanby Grange’s gardens for the National Garden Scheme.”

The GYSheifer is a one off, bespoke, life-size sculpture in steel which stands 6ft high, 4ft wide and 11ft long. She was created at sculptor Emma’s Whitby studio before being galvanised in Bradford and powder coated in Middlesbrough. She was then attached to a specially designed Great Yorkshire Show truck by HACS construction services in Ripley – ready for her journey.

The sculpture project has been months in the planning and involved research with experts at Bolton Abbey Estate and the Great Yorkshire’s Chief Cattle Steward Margaret Chapman, whose family have been part of the show for more than 100 years, to ensure the sculpture’s authenticity.

The Craven Heifer was born and bred in Bolton Abbey in the early 1800s. She was so large that a special door twice as wide as the norm had to be built to get her in and out of the cow shed.

The Craven Heifer was a Shorthorn breed and this year will be the first time that the Great Yorkshire Show will host three national cattle breed shows; including the UK Beef Shorthorn Championships the British Simmental Society Show and the National Charolais Show.

The GYSheifer will appear next at her final stop at Our Cow Molly Farm Shop in Sheffield on Sunday 10 June. 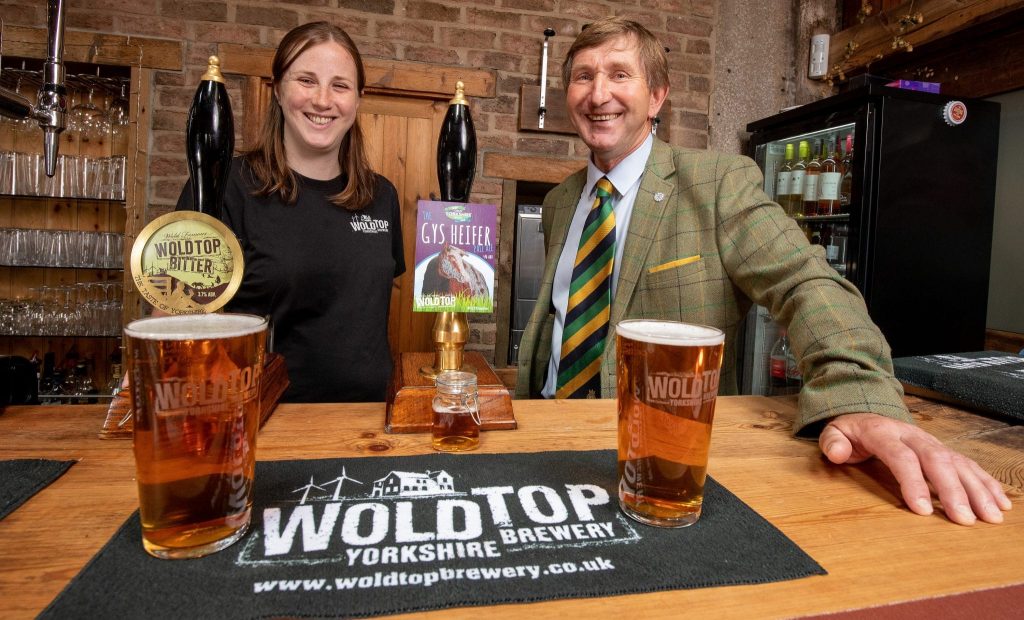 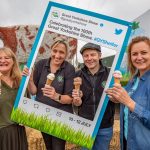 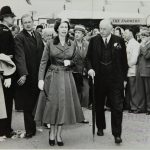