Turning Back the Clock

The Great Yorkshire Show will celebrate its 160th anniversary this year and it’s marking the occasion in style by recreating what people would have worn to the very first show in 1838.

The Great Yorkshire Show was first held at the Barrack Yard of the 5th Dragoons at Fulford near York. In the following years it moved to various locations around Leeds, Northallerton and Hull before returning to York in 1842. It was cancelled in 1915 – 1919 due to the First World War and in 1940 – 1948 due to the Second World War. In 1950 the Yorkshire Agricultural Society bought a 200 acre site overlooking Rudding Park in Harrogate and the Great Yorkshire Show has been held there since 1951, apart from 2001 when it had to be cancelled because of the Foot and Mouth outbreak, and in 2012 due to unprecedented rainfall.

Designer Joanna Rishworth from Keighley has painstakingly researched what people would have worn to the very first Great Yorkshire Show in 1838 and has recreated the costumes especially for the 160th celebrations. Joanna, who is from a farming family and a recent fashion graduate from Harrogate College, says; “It’s not been easy as sadly there are no mobile phone photos available! In fact there are no photographs of the first ever Great Yorkshire Show so I’ve scoured the history books to find drawings and descriptions. There are some contradictions about what was acceptable countryside wear but I’ve worked hard to make sure the costumes are as authentic as possible.”

Joanna then had to search for suitable fabrics and found the perfect samples at Abraham Moon & Sons in Guiseley, which she describes as being like an Aladdin’s Cave of fabrics. The company started in 1937, the year before the first show, and has been manufacturing luxury wool fabrics ever since, making it the perfect place to find the cloth needed for the outfits.

Martin Aveyard from Abraham Moon & Son says: “We get lots of unusual requests, especially from brides, but we had our work cut out when Joanna came in asking for fabrics that would have been popular in the early 1800s. We were delighted when she found something suitable and so pleased we could help mark this special occasion for the Great Yorkshire Show.”

Although the menswear changes haven’t been quite as dramatic as the women’s wear it was still a challenge to recreate the look from 1838. Roger Meeke from Brook Traverner in Keighley says: “As bespoke tailors we get very specific requests but our company has been in business since 1912 so we’re always happy to rise to the challenge.”

The outfits are in contrast to the limited edition clothing launched this year to mark the 160th anniversary. Now on sale in Fodder and online, the collection includes a range of ladies and gents rugby tops, T-shirts, polos and caps. A special edition t-shirt is also available for children and all have a stylish, embroidered crest featuring Celebrating Yorkshire, circled by Ears of Wheat as well as the Yorkshire Born and Bred slogan. These will also be modelled on the Great Yorkshire Show Kuoni Catwalk.

Audiences will also see vibrant and very different wedding dresses from Drunk in Love Couture, a new bridal wear company from designer, Berenice Gilmour from Wetherby. Berenice recently graduated with a fashion degree from Harrogate College and was one of the students chosen to exhibit at last year’s Great Yorkshire Show. She says; “It was amazing to see my work on the catwalk for the very first time last year and it helped give me the confidence to set up my own company. It’s early days but I can already see there is a gap in the market for women who want something a little bit different to the usual white wedding dress.”

This year’s student collection will be from Barnsley College who were asked to design items with an Egyptian influence. They will have the chance to see their work on the catwalk for the very first time.

The show will be co-ordinated by Bernadette Gledhill of Morton Gledhill and backstage the hair and make-up with be styled by students from the White Rose Beauty Colleges across Yorkshire and the dressers will be from Harrogate College. 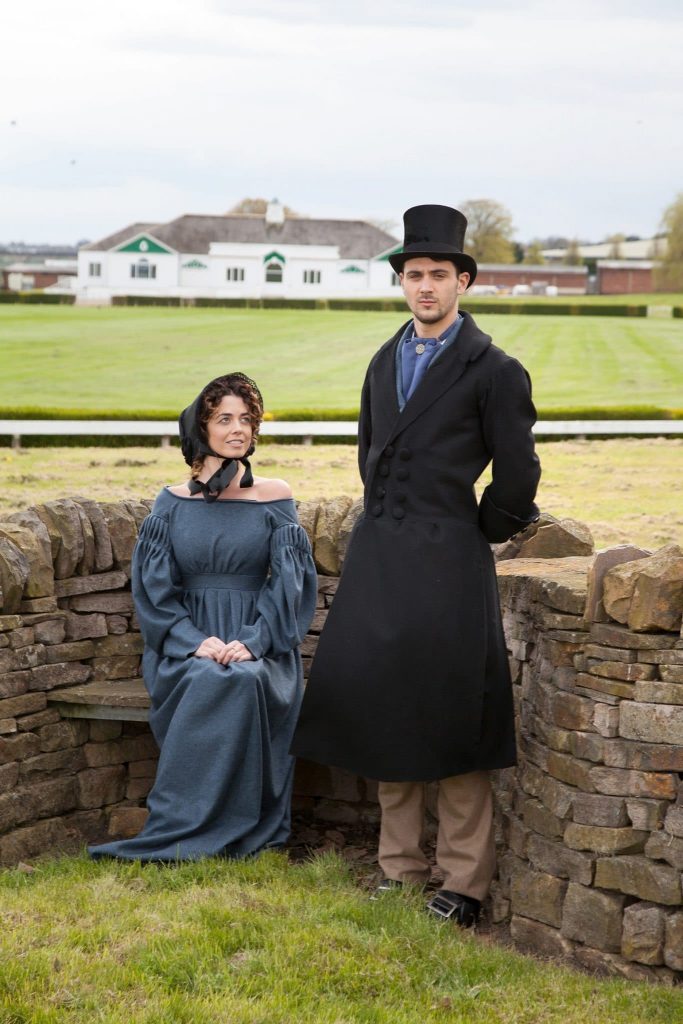 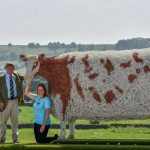 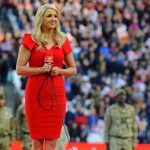