The Great Yorkshire Show has underlined its position as England’s premier agricultural event with record entries for sheep for the 160th show.

The Show, which runs from Tuesday 10 – Thursday 12 July, has attracted 2,503 sheep entries. The cattle section is at capacity with a total of 1,186 entries and a waiting list again this year.

Numbers are healthy across the board, with a total of 12,614, including 432 pig entries, 208 dairy goats, and 865 poultry. Equine classes, including showjumping, are also looking very strong again this year. Woodcraft has attracted the highest number of entries since 2002, with 379.

Show Director Charles Mills said: “While Yorkshire is obviously well-known for its sheep, we have attracted entries from across the UK so our local exhibitors will face some stiff competition. We will see more sheep on the showground than ever before”.

“I am delighted that our continued focus on showcasing the best in agriculture means that winning at the show remains vital for breeders and producers.” 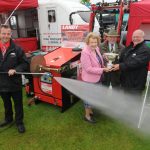 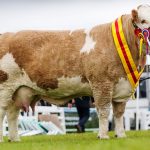