HORSES FOR COURSES AT COUNTRYSIDE LIVE

There were thrills and spills in a fiercely contested Northern Show Cross team finals in the Main Ring at Countryside Live which attracted more than 11,000 visitors at the Great Yorkshire Showground in Harrogate.

The Show Cross format was changed this year to be solely for teams, with entries opening in May and already full by June. The teams competed over both showjumps and cross-country fences against the clock with an optional “joker” fence at the end of the course taking 10 seconds off the time if cleared or adding 10 seconds for a knock-down.

The junior section in the competition saw 29 teams in the 70cm class and 30 in the 80cm. The same team, Charlie’s Angels, made up of Sarah Proudly from Stokesley, Jake Gibson from Pickering and Charley Rae Nelson from Otley, took the honours in both classes.

The senior honours on Sunday went to the Cronkhill Paddocks – Lisa Broxup and Sophie Andrews of Wakefield and Chloe Carnaville of Barnsley – in the 80cm and Horners Hornets – Emma and Sarah Horner and Caroline Dennis from Yarm – in the 90cm.

Show Cross finals organiser Janice Mewse of JM Equestrian said: “The new relay format for teams worked really well and we had competitors from pony clubs, riding clubs and hunts from across the north. Everyone loved it and it made it more exciting for the spectators. You would not believe how many teams have already booked for next year!”

In Hall 2, legendary showjumper Geoff Billington shared tales from his career as well as his extensive experience in the ring in twice-daily displays featuring three horses and culminating in Geoff demonstrating his own abilities over the big fences. His skill as a rider was matched by his entertaining commentary which kept the ring fence packed with spectators.

The Championship went to Sandra Burton owner and rider of ten-year-old Connemara stallion, Banks Timber, owned by Miss E Burton of Wigan. In Reserve was Highland gelding Balmoral Merlin, ridden by Victoria Shaw and owned by Mrs LA Crayston of Ulverston. The third Olympia ticket went to second reserve and Welsh Section D winner, Lauren Baker of Ross on Wye, with Tirinion Defender. The section was judged by Janet Hoyle and Tom Barron, with Mrs Hoyle saying: “They were beautifully schooled, well-mannered ponies.”

Yorkshire riders took the Ridden Coloured Championship, with James Knight of Stokesley taking Champion on Jodie Hook’s seven-year-old piebald mare, Papaver Dior, and Holly Gaunt of Knaresborough in reserve with her own skewbald gelding, Picaso IV. James, who has been riding the mare for three months, was delighted by her triumph at only her third show, particularly because it was at the Great Yorkshire Showground. They will now aim for HOYS classes next season.

There were also plenty of classes for younger children, with Frank Newbold winning the Mountain and Moorland Mini Champion title on Danwood Supernova after taking the Lead Rein for children aged eight or under class.

The Tiny Tots Working Hunter Pony lead rein class for riders eight and under was won by Izzy Tweddle of Northallerton on Stanley, while the same age category off the lead rein went to Masie Mountain of Wakefield on Cosford Charelle. There were also classes for Pony Club type pony and rider combinations, including one of the under 14s, and throughout the equine section there were special rosettes for the highest placed Yorkshire-based horse and rider combinations.

Charles Mills, Show Director, said: “We’ve had a terrific weekend, welcoming thousands of visitors into the Showground in some stunning Autumn weather. We are always very lucky with the exceptionally high standard of our equine competitors and it is fair to say this year has been no exception.” 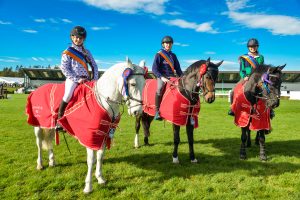 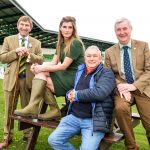 THOUSANDS FLOCK TO THE SHOWGROUND FOR COUNTRYSIDE LIVECSL Press Releases 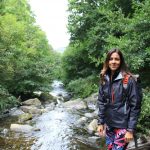