Tickets on Sale Now for the 161st Great Yorkshire Show

A flavour of this year’s Great Yorkshire Show came to a farm near Bradford today as tickets for the county’s iconic event officially went on sale.

Tickets are available from today for the 161st Great Yorkshire Show which showcases the best of British farming, food and the countryside as well as first class entertainment.

Launching ticket sales at a Longhorn Cattle Farm in Drighlington, were Show Director Charles Mills, Sporting Soprano Lizzie Jones and sculptor Emma Stothard who brought a sneak preview of a giant installation which will be unveiled on the President’s Lawn.

Charles said: “We are delighted to be here today on the Blockley’s family farm – they are longstanding exhibitors at the Show which will this year host the Longhorn Cattle Society’s National Competition for the first time.

“We very much look forward to hearing Lizzie Jones who was so popular with visitors last year, we are thrilled that she will perform every day in the Main Ring again this year.

“And Emma Stothard will be bringing a taste of Fodder to the President’s Lawn as our farm shop & café Fodder, celebrates its 10th birthday this year. Look out for the big reveal at this year’s Great Yorkshire Show!”

Chief Cattle Steward Margaret Chapman said: “We are extremely proud to host three National Shows this year; it is the first time The Longhorn Society has held its National Show at GYS – the Longhorn is one of England’s oldest Native Breeds founded in 1878. The Show is a shop window for some of the finest cattle in the country and this year we will have 19 different pedigree breeds plus commercial cattle.”

Longhorn exhibitors David and Angela Blockley said: “We have been breeding Longhorns since 1991; our herd now totals 60 head of cattle. Our first outing with the Longhorns to the Great Yorkshire Show was in 1994, and we have exhibited every year since then. Over the years we have won 11 breed Championships at the Great Yorkshire. We are delighted that our Longhorn National Show is to be held here this year. Competition is always strong at GYS, with exhibitors coming from all over the country. We shall be doing our best again this year to try and win on home turf.”

The Grand Cattle Parade in the Main Ring is always a major highlight of the Show and takes place on Wednesday and Thursday at 2pm. The parade on Wednesday includes the final judging of The Blythewood Pairs and to win this award is an accolade for any breed society.

Away from the judging rings, there will be a large-scale installation unveiled on the President’s Lawn, created by Emma Stothard to celebrate Fodder’s tenth birthday this year.

The Fodder 10 Hen will form part of this and is modelled on the hens at Ian Taylor’s Farm which has supplied eggs to Fodder since it opened in 2009.

The hen sculpture will now take a tour of Yorkshire and the public are encouraged to post a selfie on social media with #Fodder10Hen to be in with a chance of winning a family ticket to the Great Yorkshire Show (worth £75). A winner will be chosen from each location: Sledmere House in April, Harewood House in May, Cannon Hall Farm in June and Fodder in July.

Whitby-based sculptor, Emma said: “I am absolutely delighted to be part of the Great Yorkshire Show again. Building on the success of the Craven Heifer last year, I hope to create another wow installation to take centre stage on the President’s Lawn for all to see.”

Lizzie Jones, from Halifax, will also make a welcome to return to the Show after making history last year when she became the first singer to perform in the Main Ring during the Great Yorkshire Show.

Lizzie said: “I couldn’t be more thrilled to be invited back to the Great Yorkshire Show and to perform once again in the main ring. Last year the show blew me away with how much there was to see and do and I’m sure this year will be no exception.”

Lizzie will also be one of the celebrities on the Kuoni Catwalk which will be bigger and better this year thanks to a refurbished fashion pavilion which will face into the heart of the Show.

Also in the Main Ring will be motorbike stunt riding team The Bolddog Lings. Managed by one of Europe’s top freestyle motocross riders, Dan Whitby, the team uses one of the largest, most sophisticated FMX landing ramps ever seen anywhere in the world. Riders will use the ramp to perform a trick flying 35ft in the air when they take to the Main Ring once a day.

In the judging rings, thousands of animals will compete from cattle to sheep, pigs to pigeons and the show finishes with one of the most prestigious showjumping classes in the country, the Cock O’the North competition.

From cutting edge farming equipment and machinery to displays from big name brands, this is the place where deals are done and the latest ranges are showcased. While the show has agriculture at its heart, there’s also entertainment, shopping, live music and fabulous cookery demonstrations with Rosemary Shrager back in the cookery theatre once again. 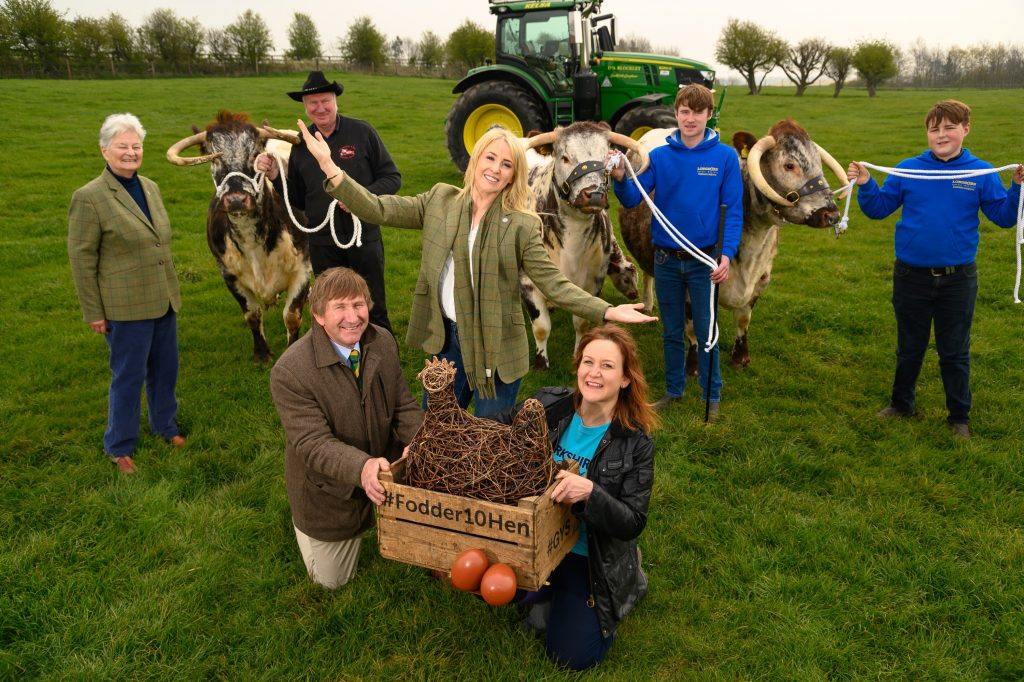 The Fodder 10 Hen will move to the following locations – a winner will be chosen at random from each place. 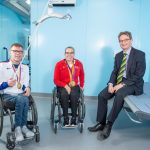 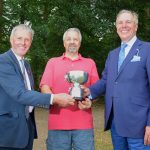