Couple Fly from Australia to Steward at Great Yorkshire Show

Stewarding team Mike and Victoria Hudson will be flying in from Australia to take up their places at this year’s Great Yorkshire Show.

The couple, who met through Young Farmers and celebrate their fourth wedding anniversary on July 11, both come from Yorkshire farming families and have been involved with the Great Yorkshire Show since childhood.

When work took them to the other side of the world in 2017, neither wanted to give up their duties at the show which means so much to them.

“The Great Yorkshire Show is a place where we can celebrate our livelihood, friendships, skills and achievements. It is the best of Yorkshire, all in one place and for everyone,” said Victoria.

Now they plan their annual holiday to the UK to coincide with the three days of the Great Yorkshire Show. “We are really committed to being part of the Show and its continued running,” said Mike.

Livestock vet, Victoria will be stewarding in the cattle rings, a section she has loved since first coming to the show as a child.

“Growing up with cattle and horses, my favourite sections have always been the teaming cattle aisles and majestic heavy horses,” she said.

Mike, an agricultural engineer will be setting up the fleece competition in the wool pavilion and stewarding for the cattle competition on the show days.

“The Wool Pavillion is a relatively hidden gem,” he said.

“It is a section which continues to champion what was once one of Britain’s most important economical assets. There’s huge amount of technical knowledge that is required to judge a fleece.

“There is great camaraderie in the Pavillion, we have over 30 classes covering a wide variety of fleeces. They are all placed in cages for judging which amuses visitors as these exhibits definitely aren’t going to run away!”

Victoria, who grew up on the family farm at Ledston, near Castleford was invited to become a cattle steward in 2010 which she said was a real privilege.

“It was really exciting. I joined a small group of young new stewards who were keen to learn the ropes.”

Mike, who spent his childhood at Crakehall, near Bedale where his parents produced eggs and vegetables, joined the team six years later as a steward for the wool competitions.

Both have fond memories of the Great Yorkshire Show as a key date in the family calendar.

“We used to look forward to a day out of school for an educational trip,” said Mike.

“I always enjoyed watching the timber sports and farriery, plus eyeing up the new machinery on sale.”

For Victoria, her earliest memories are also of the machinery although her interest was more focused on the food.

“My earliest memories are arriving early in the morning dressed in our best summer clothes and dropping off our cool bag of sandwiches in the Members cloakroom before heading out to the machinery stands.

“Dad would be looking for a good deal on a new tractor bucket or sprayer, whilst we enjoyed the complementary sausage rolls.”

After the Show Mike and Victoria will be travelling back to Camden in New South Wales, a traditional small town, where they live with their dog Lucy.

Mike works with an agricultural contractor and is also President of the local volunteer Rural Fire Service. Victoria is the livestock registrar clinician at Sydney University, teaching student vets.

They are also an active part of the town’s annual show which Victoria said is like a mini Great Yorkshire Show but with some truly Australian spectacles.

“There are many similar stands, shows and demonstrations that you would expect in the UK but the evening before the show there is the thrilling Rodeo with cowboys from all over the State competing in bucking bull and ‘saddle bronk’ wild horse riding tournaments.

“On show day you might see the Steer Team which is 12 adult cattle pulling a cart or log through the crowds and visitors can try their hand at whip cracking or ride on Charlie the Brahman hump backed steer.

Victoria officiates as the show livestock vet and Mike demonstrates machinery in the Grand Parade.

“It is a great event as, like the Great Yorkshire Show, it includes everyone. Local schools in Australia all teach agriculture and compete against each other with their own animals. Cowboys and cattle dogs are commonplace on most farms and in the evening we all gather round the main ring for the cowboy and ranching skills competitions as well as some nailbiting trotting pony races.

While they plan to stay in Australia for the next few years, Mike said however long they were away their commitment to the Great Yorkshire Show would remain the same.

“We love the Show and what it represents to the agricultural industry. No matter where we are it is an unmissable event in our diaries. 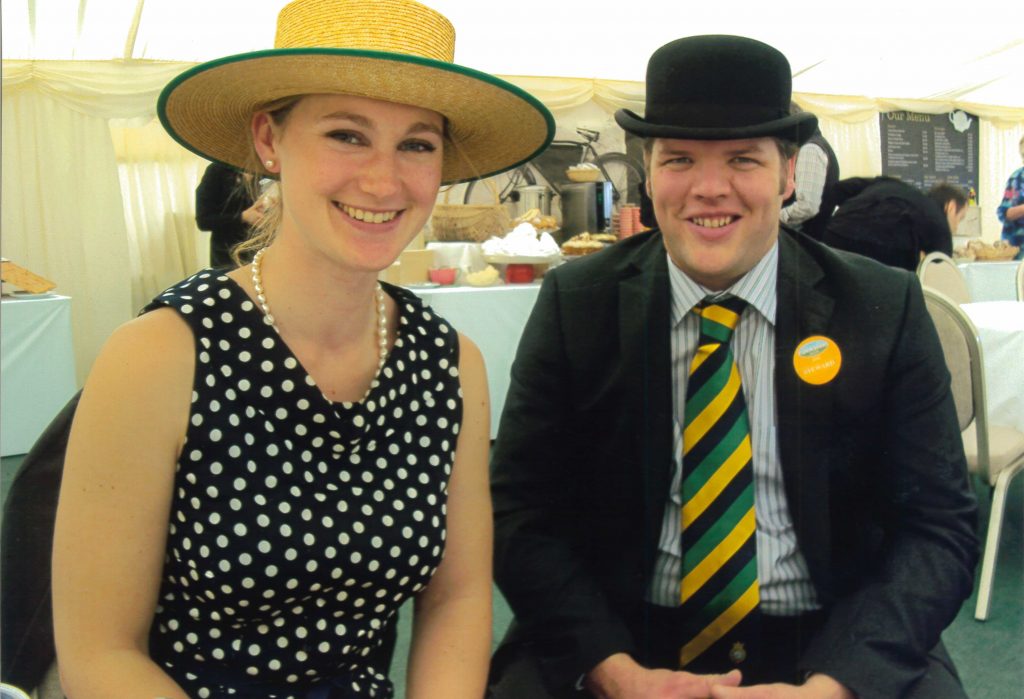 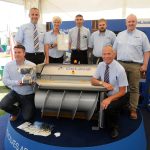 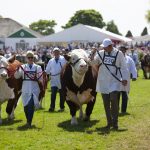