A host of awards to celebrate farming excellence were presented throughout day two of the Great Yorkshire Show while livestock took centre stage in the judging rings.

Exhilarating displays wowed crowds in the Main Ring with the RAF Falcons Parachute Display Team dropping in as well as the Bolddog Lings Motorcycle Display Team.

There was a packed audience for the Future Farmers breakfast meeting, where speakers NFU President Minette Batters, Red Shepherdess Hannah Jackson and Arable Farms Director at JSR Farms Charlie Parker were tackling Adaptability in the Face of Change.

In the sheep rings, the Supreme Sheep title went to a Spotted Dutch sheep shown by Ali Jackson, 29, from Scotland, on its first time out. Having won the show’s first ever breed class dedicated to the Dutch Spotted – which is gaining popularity in the UK – it was also the show’s Short Wool and Lowland Champion. Reserve sheep champion was a home-bred Texel called Procters Cinderella, from Procter Farms in Lancaster and shown by Jeff Aiken.

The champion Dairy pair made it a day of double celebrations for the Saxby family of Bawtry. Their Jersey intermediate cow, Saxown Precision Cash 89, was bred by father Richard Saxby, with daughters Ellie and Hannah and son Tom all involved with the herd.

The family milk about 20 cows which run with the Thurlstone herd of about 250. Tom said: “She is the best and easiest cow we have ever worked with – we have never had one like her.

“We lost a close family friend, Frank Poskitt, in April who has helped us enormously over the years and it was a great tribute to him that we won today.”

Their Blythewood Pair was completed by Thurlstone Topeka Orange, owned by JR and SE Dickinson.

The Dairy Supreme had been won by Saxown Precision Cash 89 earlier in the day, with Reserve going to Dairy Shorthorn intermediate cow, Churchroyd Gentle 105, owned by Mary and Ian Collins of Dewsbury.

Allerton Bywater cheese producers Cryer & Stott took the Supreme Cheese Championship with Ewe Beauty a Pecorino style cheese made from sheep milk. Owners Clare and Richard Holmes, were there to receive the trophy.

Taking the Supreme Champion honours in the dairy section was Longley Farm’s Bio Gooseberry Yogurt. Jimmy Dickinson, Managing Partner, of the Holmfirth based company was presented with the award by Steward Henry Chadwick.

An organic dairy farm in Kendal lifted the prestigious Tye Trophy. The Robinson Family have farmed the 300-acre site for five generations with the farm going fully organic in 2006.

They were chosen from six other area winners in the competition which covers the whole of the North of England and recognises conservation and environmental improvements in commercially successful farms.

The theme of this year’s competition was Field to Fork, with the winning school praised for their knowledge of where their food comes from.

The expertly managed mixed woodland at West Farm in Sleightholmedale has won the John Boddy Award for Forestry. The woodland, owned by Patrick and Natasha James was originally planted by Mr James’ mother Rosanna and all three judges unanimously decided it was the winner.

Thirteen long service awards amounting to a combined 550 years were presented to agricultural workers, with one very special award for a man who has notched up 69 years continual service.

The awards are presented each year to employees of Yorkshire Agricultural Society members who have worked for 35 years or more continuously for the same family, or on the same farm or estate.

Seven students just beginning to make their mark in agriculture were chosen as cream of the crop from colleges across the region to be honoured at the Show.

The annual Best Agricultural Student Awards were presented to students from seven colleges and universities across the region: Askham Bryan, Bishop Burton, and Craven Colleges, and the Universities of Leeds and Newcastle and, new for this year, East Durham College and Myerscough College.

Leeds soldier Private John Skillings was presented with the YAS Cup for Best Soldier in the Main Ring by Head of Operations Nigel Morgan. Pte Skillings, 20, was recognised by his Platoon, 1st Battalion the Yorkshire Regiment for his dedicated and selfless service. 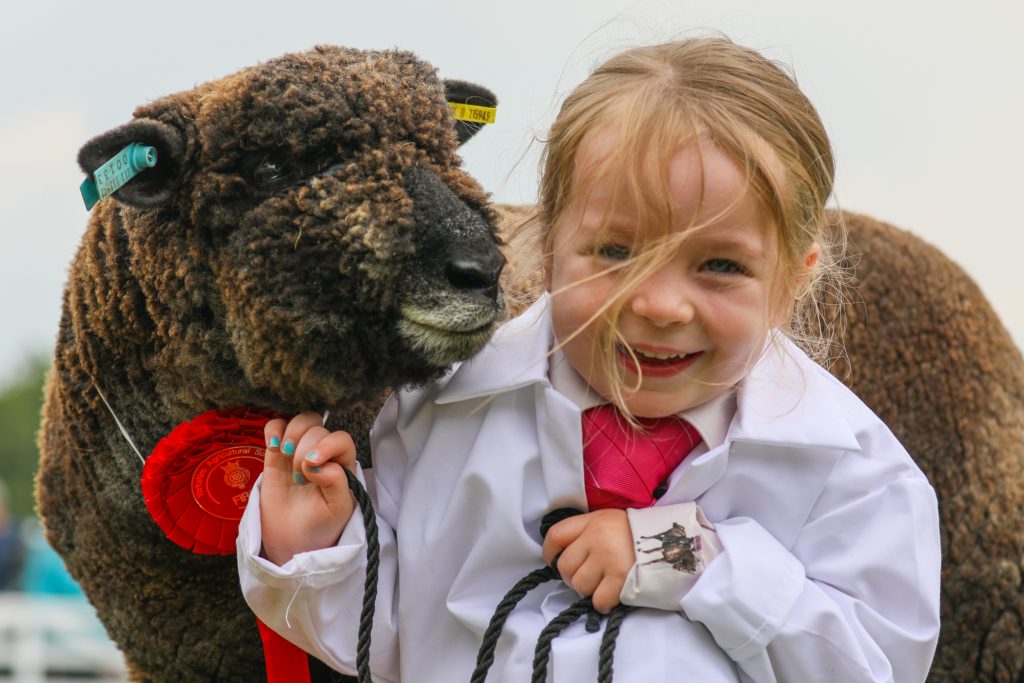 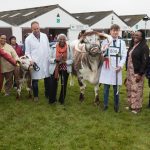 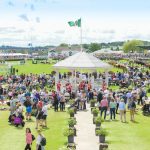 Near Record Attendance for 161st Show2019