New classes and old favourites were on the calendar for the final day of the Great Yorkshire Show today.

The day saw the culmination of the sheepdog trials in the main ring, with the Young Handler prize going to Scotland’s competitor, 16-year-old Tyler Mckinlay from Biggar and her dog, Mel. She said competing in the Main Ring at the Show had been very different and she had enjoyed her first time at the Great Yorkshire Show, even though the sheep had been challenging at times. The hard-fought Senior title went to Peter Morgan of County Down in Ireland with dog Mosse. He said: “My son, Peter OG Morgan, was second in the Young Handlers earlier so it was a great day for us and worth coming!”

And the ceremonial President’s Handover took place in the Main Ring, with Margaret Chapman officially handing over to Simon Theakston for 2023.

Farming Minister Victoria Prentis was at today’s show, touring the showground where she visited the NFU and CLA as well as meeting Liz Hudson from YAS and Future Farmers.

Yorkshire Shepherdess Amanda Owen got some top tips on sheep shearing from world champion Matt Smith before taking to the new GYS Stage for an interview with host Christine Talbot and then getting stuck into a demonstration in the Cookery Theatre.

The Supreme Dairy Championship went to the Coates and Greenhouse families from Baildon, with their Holstein Intermediate cow, Enchanted Beemer Abbiene.

The Heavy Horse Turnouts attracted plenty of support from the crowds, with the Championship going John Goodwin’s Shire pair, Henry and Oscar, driven by Sarah McLellan, and Reserve going to the Daniel Thwaites Brewery team driven by Richard Green.

New classes for 2022 included beef and sheep pairs and group championships. There were also new show jumping classes in the TopSpec White Rose ring for the first time, with the White Rose Open 1.20m class going to Suzy Golding riding Tony Mansfield’s Antigone Z. It was a return to competition for Suzy, who recently had a daughter, and for Antigone Z after injury.

The Blythewood Pairs winners led the cattle into the main ring for the Grand Parade, before the best Native and Continental Beef and Dairy pairs were chosen. The Dairy Pair title was won by

The Native Beef ribbons went to Beef Shorthorns, with Geraint Price with Evans and Price’s Strawberries and Cream and Helen Morgan with Mike and Tracy Severn’s Coldrochie Leif, while the Continental pair of British Limousin were David Douglas with AW Jenkinson Farms’ Whinfell Park Marilyn and Steven O’Kane with Thor Atkinson’s Upper Ffrid.

The day was rounded off with the singing on the National Anthem in tribute to the Queen in her Platinum Jubilee year by sporting soprano Lizzie Jones, who had entertained the Main Ring crowds all week.

Charles Mills, Show Director, said: “This has been a wonderful four days, which has seen some of the finest animals in the country compete. A Royal visit from the Princess Royal, two World Cattle Congresses, record breaking sheep numbers, sheep dog trials in the Main Ring and a new chat show on the GYS Stage are just a flavour of some of what we’ve hosted this week and we now look forward to planning the 2023 edition.”

The dates for next year’s show is Tuesday July 11 to Friday July 14 2023 and tickets will go on sale soon. 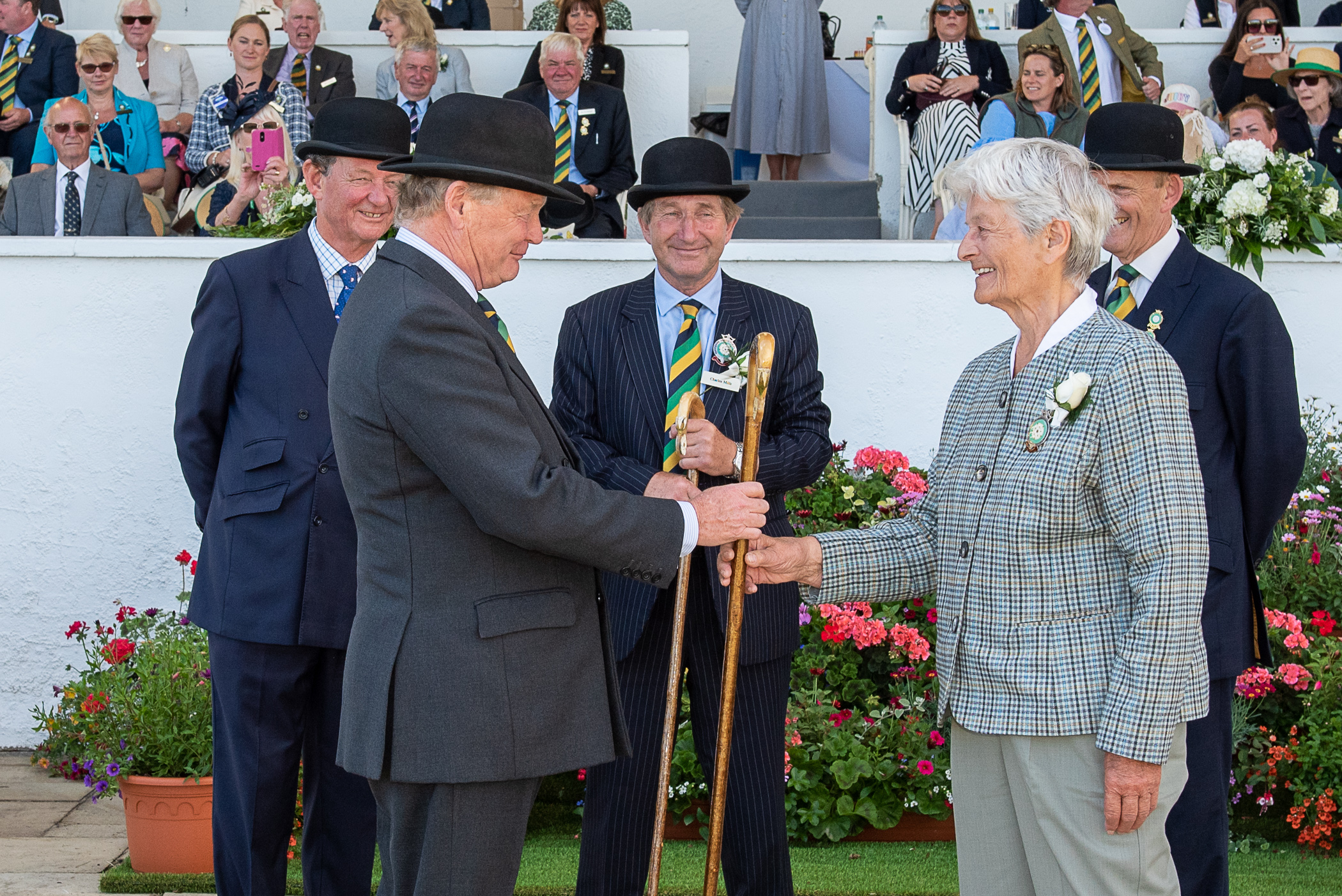 GYS22_President Margaret Chapman in the handing over ceremony to Simon Theakston 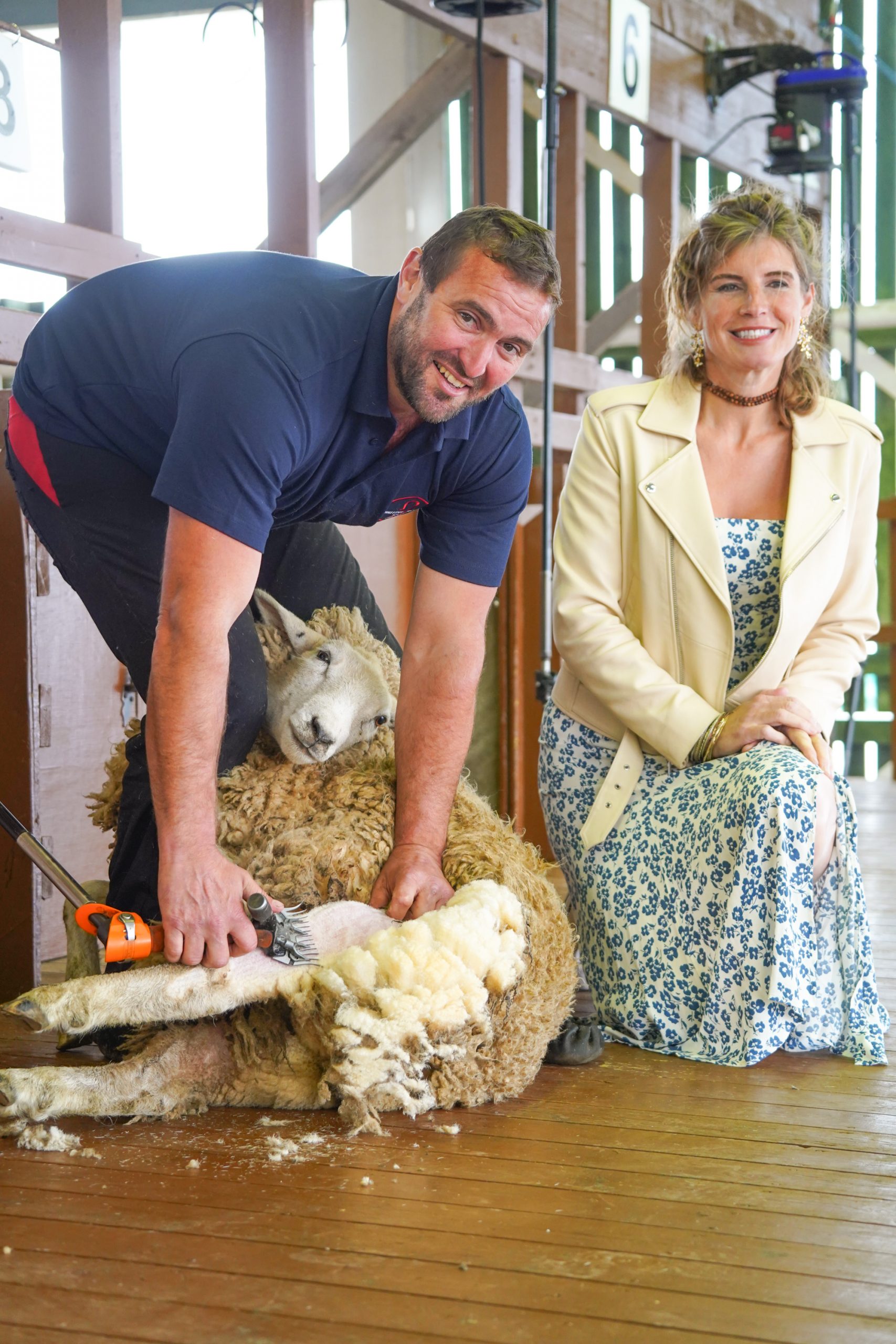 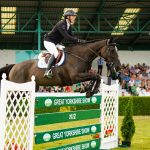 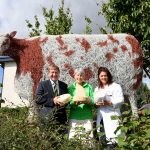