Farming can have a fantastic future by embracing regenerative approaches to producing nutritious British food, delegates heard at an open event held by the Farmer Scientist Network at the Great Yorkshire Showground.

With major retailers signing up to new soil directives, consultant Neil Fuller said he believes there is more incentive than ever before for farmers to explore regenerative agriculture practices as the industry strives to meet ambitious net zero targets.

Neil impressed this positive message at the Farmer Scientist Network’s Regenerative Agriculture Open Event at Pavilions of Harrogate attended by nearly 100 farmers and other industry professionals.

The Farmer Scientist Network is supported by farming charity the Yorkshire Agricultural Society. It works with the crop and livestock sectors to find new ways in which science and technology can find solutions and underpin innovation in agriculture.

Over the last 12 months, regenerative agriculture has become a key focus as the Network seeks to empower and equip farmers to seize new opportunities as the industry adapts new government policies during the Agricultural Transition Period.

At the Network’s latest open event, guest speaker Neil, said new directives that focus on soil give farmers “a fantastic future”, including new strategies set by the Science Based Targets Initiative, which works with the private sector to help companies set science-based emissions reduction targets in line with Paris Agreement goals.

Neil, who is technical director of the Atlas Sustainable Soils programme and author of the Yorkshire Water-sponsored Good Soil Guide, said: “Until September of last year, the only thing we could do in agriculture to reduce our carbon emissions, or to hit our net zero targets, was to cut our inputs. [But now] The new Science Based Targets Initiative (SBTI) says farm ‘well’, introduce new technologies where you can, pull carbon out of the atmosphere and we will give you credit for it.
“That is fantastic, and places farmers right in the centre of everything that happens from now on for any company across the planet that uses an agricultural product to produce a food or a drink.

“All the major supermarkets have signed up to the SBTI, so if you are on the lookout, as a manufacturer of food or a drink, to put your brand on a supermarket shelf… you might be told you have got to be SBTI compliant, which means your farmers have got to play with all the right bits and pieces on carbon removal. Cover crops are a fantastic way of doing that, at the same time as [achieving better] crop performance, productivity at farm level, soil in terms of its resilience to climate change, and biodiversity.”

The role of cover crops in benefiting soil health was explored during the open event. Neil brought the topic to life in vivid detail during a ‘soil safari’. Different soils and worm activity was examined under a microscope and shared on a big screen.

Farmer Angus Gowthorpe, Farmers Weekly Environmental Champion of the Year 2022, explained his experiences of implementing regenerative agriculture techniques at his farm in the Vale of York, including the use of cover and catch crops.

Angus, who farms 500 acres, runs an arable enterprise alongside his Salers cattle herd and has introduced herbal leys to much of his grassland. He has not used seed treatments for years and does not use insecticides, plant growth regulators or bagged P or K fertilizer. The use of synthetic fungicides on his crops has also been reduced significantly. His focus is on working with soil biology and organic matter, including using muck from his cattle, an approach which has substantially cut his input costs.

Angus said: “The soil very much comes first with everything I do. It’s taken a lot of work to get to where I am now. For those starting out, don’t try to run before you can walk. Know where you are by using a carbon tool and get some idea of where you need to go.”

Clive Wood, Business Development Manager at Kings said scientific understanding of regenerative agriculture had advanced greatly over the last decade. Clive said many farmers began to look at using cover crops in a serious way about ten years ago and since then their needs had changed “dramatically” as more sustainable approaches to the cost of production and alternative farm incomes had come to the fore.

The Farmer Scientist Network’s exploration of Regenerative Agriculture continues. The Network is supporting an Innovate UK-funded project led by Angus Gowthorpe to design and develop a farmers’ guide to cover crops species selection, establishment, and termination.

Please find a selection of accompanying images including captions attached with this press release. A short video clip from the Regenerative Agriculture Open Event is also available to be used with any online coverage, please see https://vimeo.com/789673533 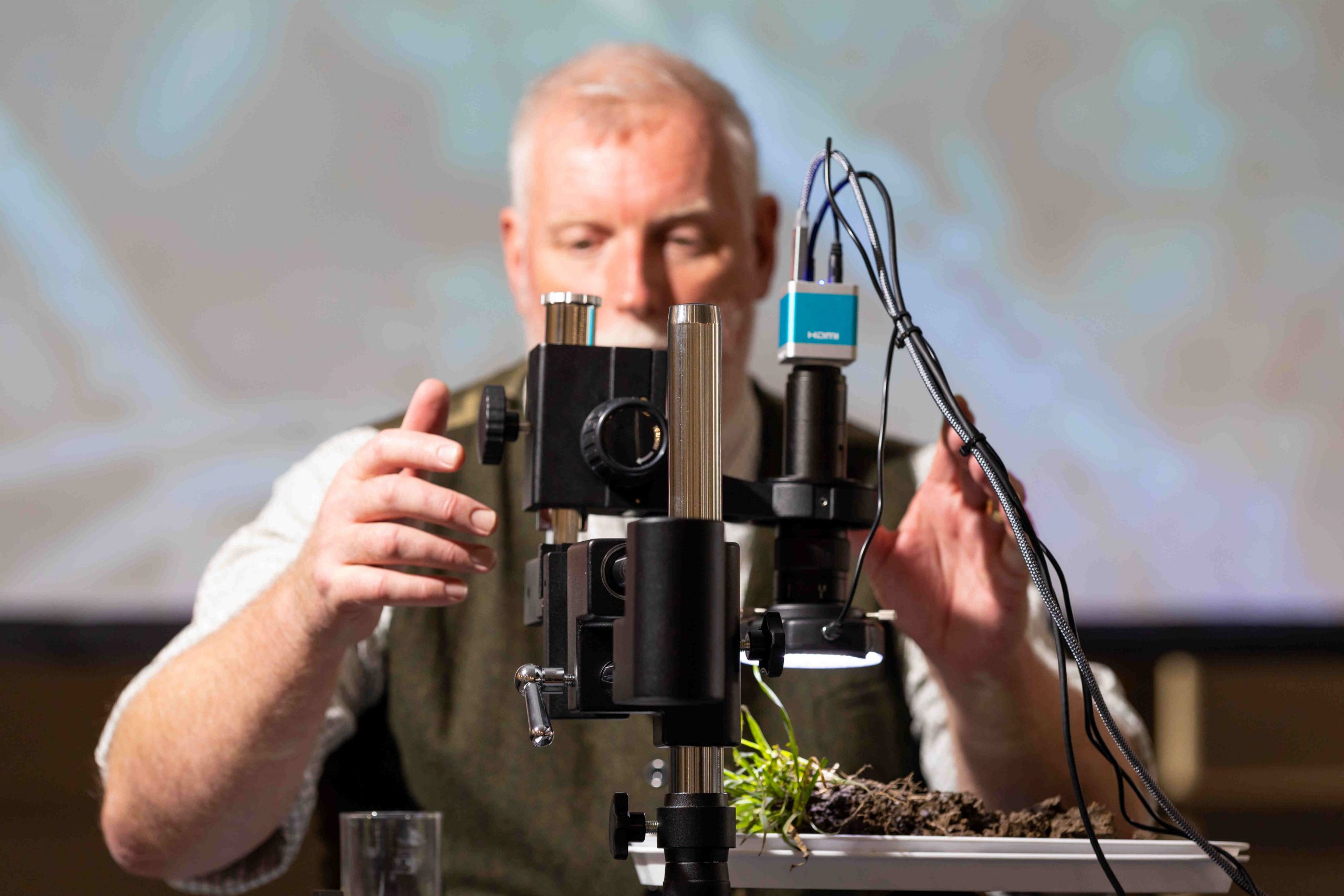